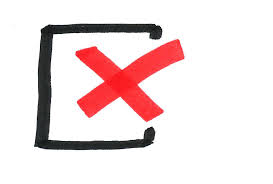 For many, the New Year is a time to reset, plan for the future, and resolve to do things differently/better in the coming year. With the enactment of The Fair Chance Act (the “Act”) on October 27, 2015, individuals applying for jobs with certain New York City employers are given the opportunity to pursue a new beginning and be judged on the merits of their experience without potentially being screened out at the application stage due to past behavior.

The purposely-named Fair Chance Act prohibits New York City employers from pre-screening job applicants, by either asking whether the applicant has been convicted of a crime or conducting criminal background checks before an offer of employment is made to the applicant.

The Act – also known as “Ban the Box” legislation- applies to all employers, public and private, with four (4) or more employees. Employers can of course still inquire into an applicant’s criminal history, but the Act delays such an inquiry until after a conditional job offer has been made. Specifically, the Fair Chance Act:

The Act seeks to level the playing field for applicants who are otherwise qualified for a job but are often overlooked because they have indicated a criminal history when responding to a question on a job application or in a job interview.

The Act does include exemptions applicable to both public and private employers who are required by law to conduct criminal background checks and exclude job applicants with certain convictions.

While a benefit for potential employees, the Act may pose challenges for employers by creating additional hurdles for employers reviewing job candidates, as well as increasing the potential for legal action against employers if offers of employment are not extended, and employers should become familiar with the requirements of the Act, update their forms (e.g. job applications) and ensure that human resources team members and others involved in the hiring process are aware of the Act’s requirements.